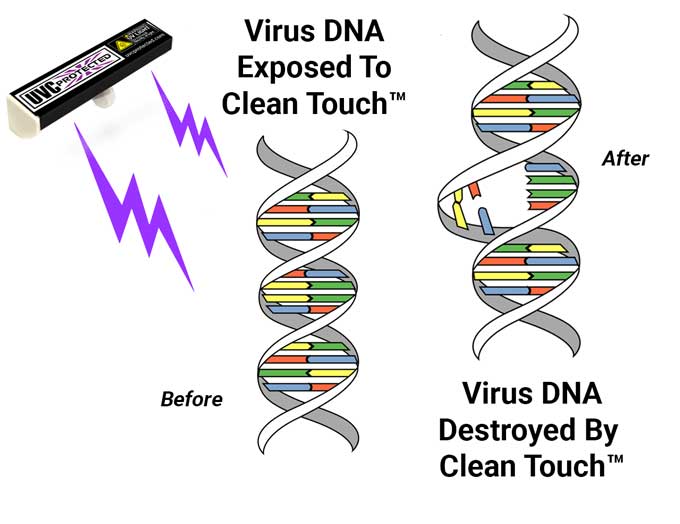 UV-C LEDs have enormous potential since they are smaller, lighter, and less fragile than traditional mercury vapor lamps (Vilhunen, 2010). Additionally, they are mercury-free and provide the capability to be turned on and off instantaneously. 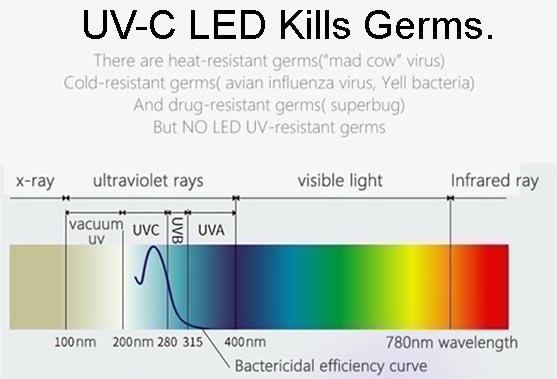 The Clean Touch™ kills over 99.99% of even the most difficult pathogens using the latest germicidal UV-C LED light.

Eliminates the need for chemical disinfection and allows the complete disinfection of items that are typically forgotten or “impossible” to clean.

With LED instant on technology, our powerful UV-C light takes less than 60 seconds to kill 99.99% of pathogens.

Simply adhere / mount Clean Touch™ within 2 inches above the surface to be disinfected and plug into any USB port. The Clean Touch™ will automatically start and turn on and off.

The UVC Protected™ Clean Touch™ was designed to be compatible with a variety of keypad devices, such as payment terminals.

With its motion-sensing technology, the Clean Touch™ UV-C lights instantly turn off when motion is detected near the surface ensuring consumer safety. Light will never contact skin. 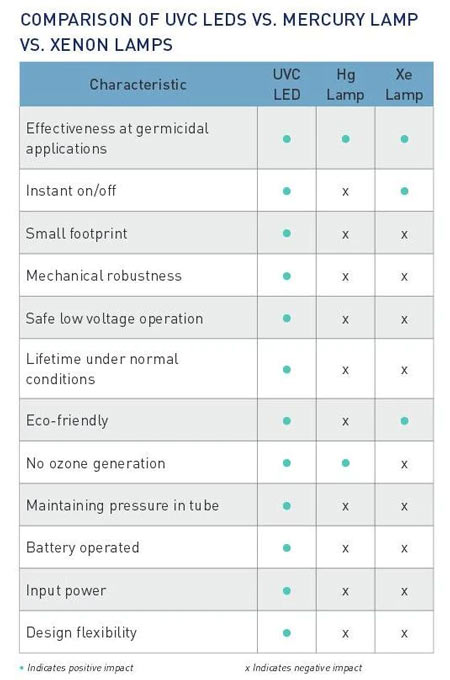 Stop The Spread Of Viruses

COVID-19 is spreading quickly throughout our communities.   Proper hygiene is at the forefront of prevention. To avoid exposure, the Centers for Disease Control and Prevention (CDC) recommends practicing proper respiratory hygiene by coughing or sneezing into your elbow or a tissue and washing your hands with soap and water for at least 20 seconds.  The CDC also recommends cleaning and disinfecting frequently touched surfaces daily.  With the Clean Touch, surfaces will be disinfected and sanitized after every use.